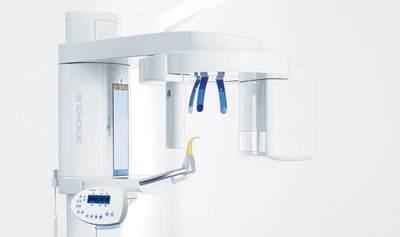 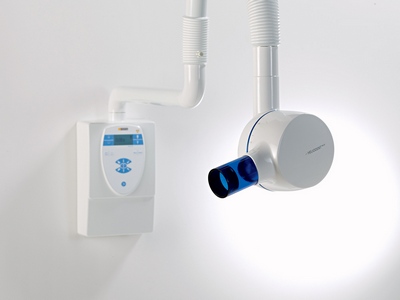 One of the best modern dental x-ray machines that are used to create local x-ray images. Irreplaceable to confirm clinical diagnosis, pathologies of teeth, bite, periodontal condition and dental system. 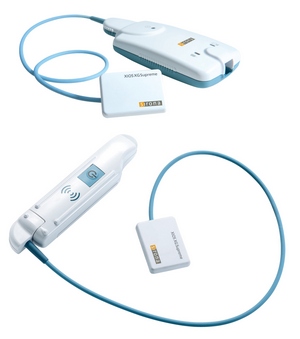 Intraoral sensor radiovisiograph, replaces the full X-ray film in images producing in combination with a dental X-ray machine. Turning the x-ray beam into a digital format, it reduces the patient's radiation dose to 80% and the exposure time (the duration of the X-ray image) from 2 to 0.06 s. It is the Sirona Supreme XIOSXG sensor that has a resolution of 33.3 paralines/mm. It's the highest resolution for today. 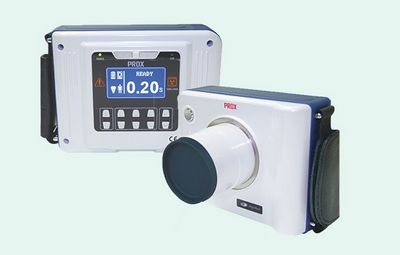 This X-ray machine is used directly in the operating theatre for step-by-step visualization at each stage of the surgical intervention, which allows you to clearly preserve its protocols and ensure quality results, because during the operation the patient does not go out for the X-ray examination, it provides additional sterility of the operation. 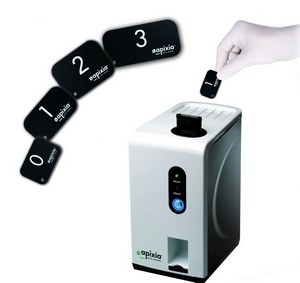 Digital X-ray scanner used in combination with a portable X-ray machine. Instead of a dental x-ray film, it uses phosphoric sensors of various sizes, the scanning time of which is 9 s. You get a clear shot on the operating monitor without lifting the patient from the chair. Modern computer software of the scanner makes it possible to measure the length, diameter, consistence, tilt angle, and other data of the object of study. 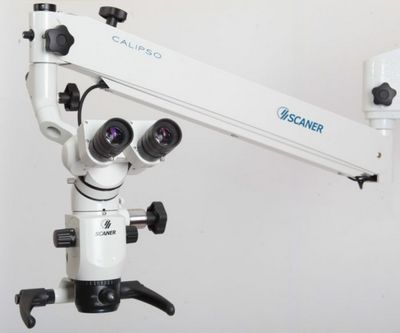 Modern dentistry is impossible without dental microscopy, after conducting an examination or treatment with a forty times magnification, we get the same growth in performance. Even professional hygienic cleaning using a dental microscope has a long, long and amazing result. 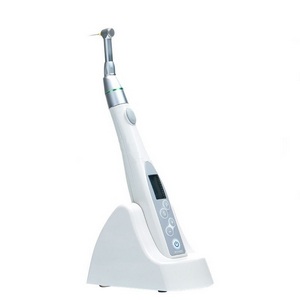 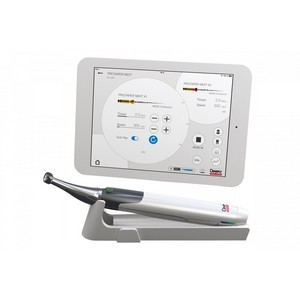 One of the latest developments of the company Dentsply. The wireless endomotor for root canal treatment is equipped with a function for automatically measuring root canal length, reciprocal (reverse-translational movements of the endodontic instrument while working in the root canal area) and LED backlighting. 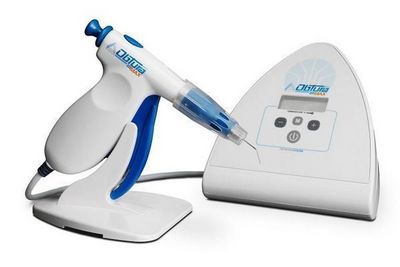 One of the newest methods of root canal filling using hot thermoplastic masses makes it possible to qualitatively fill the entire root canal system of the tooth (not only main canals, but all its lateral branches). 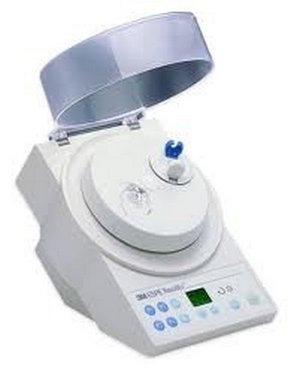 Rotomix or Silvermix is an equipment used for mixing capsule versions of materials. It can be both filling materials and materials for fixing fixed orthopedic structures. These are the only dental materials made in sterile form and an ideal proportion of ingredients. 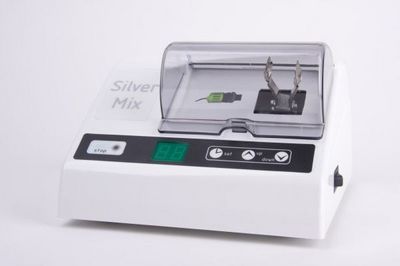 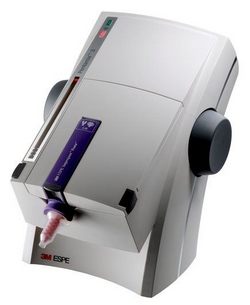 Pentamix is an equipment for automated mixing of impression materials, which allows to obtain high-quality print. 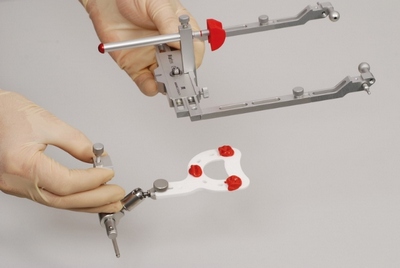 It is used to register the position of the upper jaw and transfer this position to the articulator, in accordance with the exact position of the jaw in the skull and in relation to the articular axis. Using this device allows the dentist and dental technician to create orthopedic structures (crowns, veneers, prostheses), which by their size, position and shape will be ideal for the patient, both from a functional and aesthetic point of view. 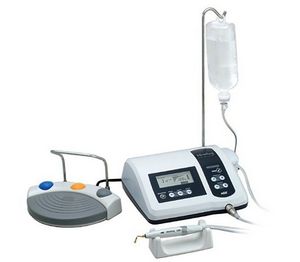 The equipment with the help of which the preparation of the surgical field and the installation of dental implants are going. These manipulations take place under constant cooling due to the supply of sterile saline. 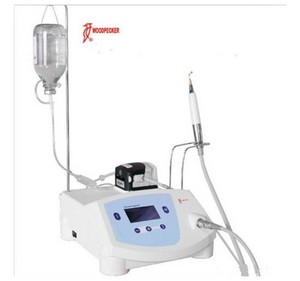 The ultrasound usage in modern maxillofacial surgery, implantology and periodontics significantly improves the results of treatment. Various shapes nozzles, using vibrations created by an ultrasonic wave, easily change the bone structure, without any injuring the soft tissues, provides much faster healing, no edema, and painlessness in the postoperative period. 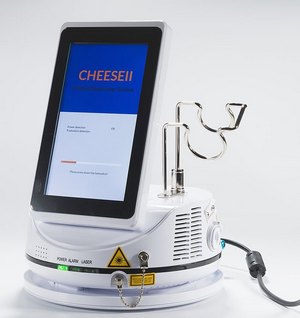 The use of a diode laser in modern dentistry is gaining more and more popularity: 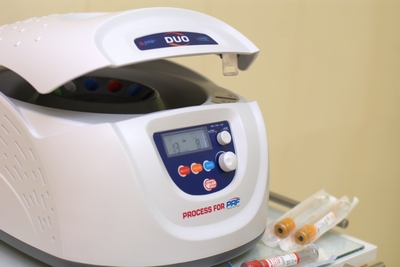 A system consisting of centrifuges, disposable sterile vacutainers, sterile vacuum tubes and special PRF boxes. Used to collect venous blood, followed by centrifugation for a certain time and at a certain speed to obtain various forms of PRF. PRF is a liquid part of blood (plasma), which remains after centrifugation and is enriched for fibers of fibrin and blood cells with the least specific mass - platelets. Fibrin is a structural unit for building connective tissue; platelets, in turn, after disintegration, release from themselves surface-active substances that have a strong anti-inflammatory, regenerating and proliferative (growth-stimulating) effect on periodontal tissue. Parodont is a complex of tissues that includes bone, mucous membrane (gums), a tooth ligament (periodontal) and tooth root cement. This method has been widely used in the treatment of periodontitis, periodontal disease, with bone plastics and implantation. 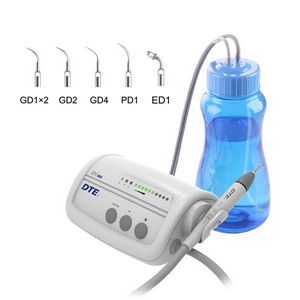 An ultrasonic scaler is an apparatus that operates through the use of ultrasound. In dentistry, a scaler is used for removing hard dental deposits, for polishing root tooth cement, in case of operative periodontology or with the help of certain nozzles it is used to remove the root canals’ fillings. 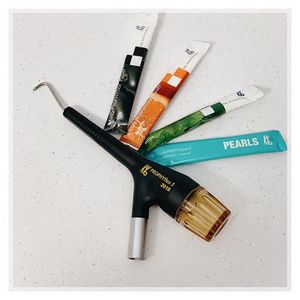 This device was developed by KaVo, which has been on the market for more than fifty years and is the flagship for the dental equipment production. The ideal proportions of water, air and pearls kavopearls, are an abrasive emulsion that easily removes plaque of any density. Kavopearls, in turn, does not contain sodium bicarbonate (soda), but is a derivative of lime, due to which it does not injure the mucous membrane and shows the best polishing properties that can be used in certain forms of periodontitis and gingivitis. In severe forms of periodontitis, with reimplantitis and pronounced hypersensitivity of the teeth, we recommend using KaVoPROPHYflex in combination with glycine. 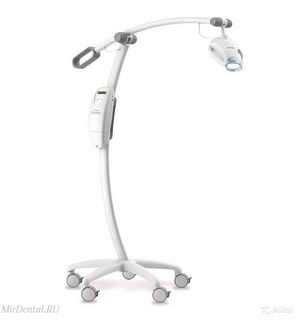 The lamp for teeth whitening is widely used in therapeutic dentistry to obtain a lasting effect of a snow-white smile. Ultraviolet light, with a wavelength of more than 420 nanometers generated by the lamp, hits the previously applied whitening gel on the tooth surface. The heat energy of the ultraviolet ray accelerates the redox reaction with the release of atomic oxygen, which brings teeth whitening. 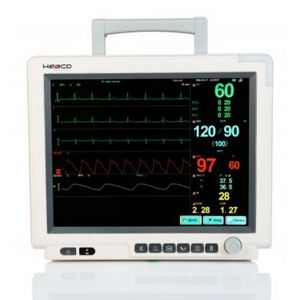 In our dental center, it is MANDATORY monitoring of vital signs of the patient, ESPECIALLY during surgical intervention. This allows us to constantly monitor the dynamics of blood pressure, pulse, frequency of respiratory movements, saturation (blood saturation with oxygen), sphygmogram, cardiogram and body temperature. 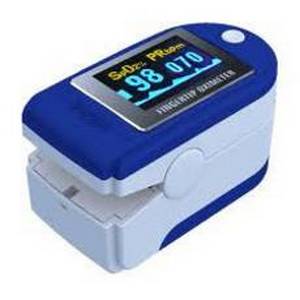 Such a small but very useful device is available in the first-aid kit in each of our offices. After all putting it on the terminal phalanx of the patient’s finger in seconds we receive a numerical indicator of the pulse and saturation, which will give you instant orientation and prevent the onset of emergency conditions in the patient.